Students at Princeton City Schools were evacuated Tuesday as officials responded to the report of a bomb threat on campus. 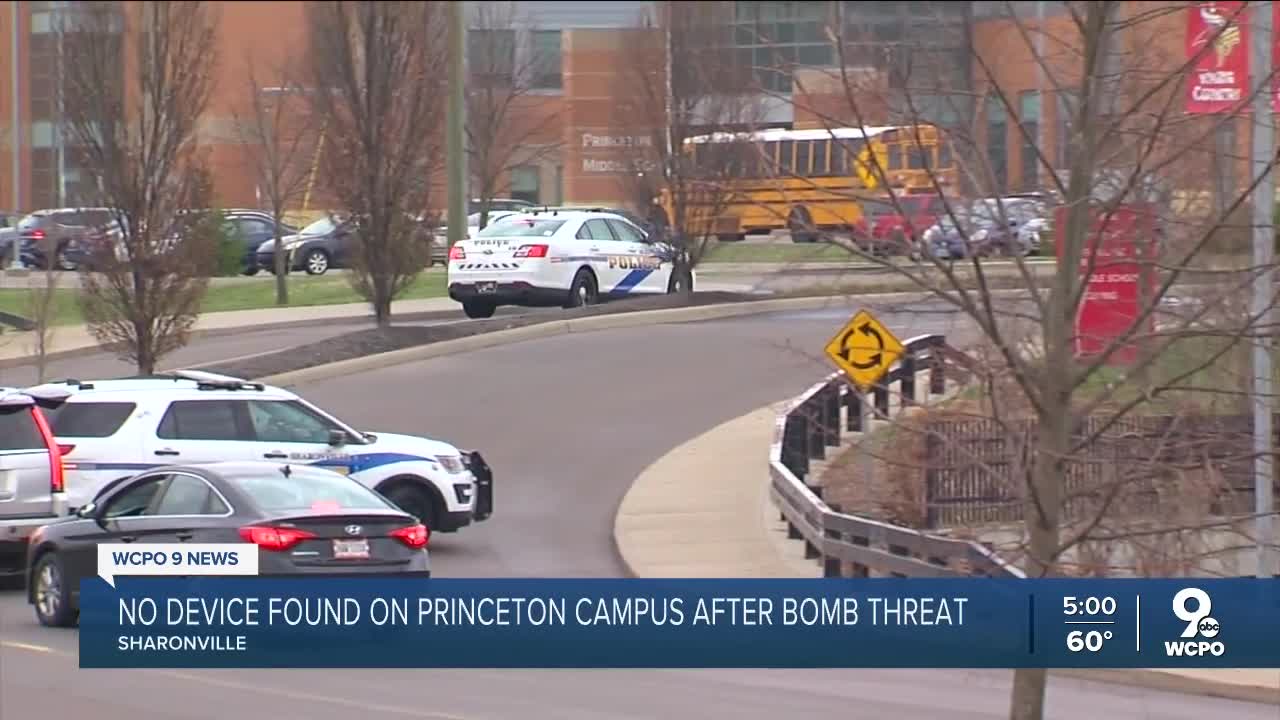 SHARONVILLE, Ohio — School officials with Princeton City Schools said no device was found on the Princeton campus after a bomb threat was made Tuesday morning.

According to the school district, the school was searched extensively and the buildings were determined to be safe.

Students were dismissed early, school officials said. Staff will be able to re-enter the building after 2 p.m.