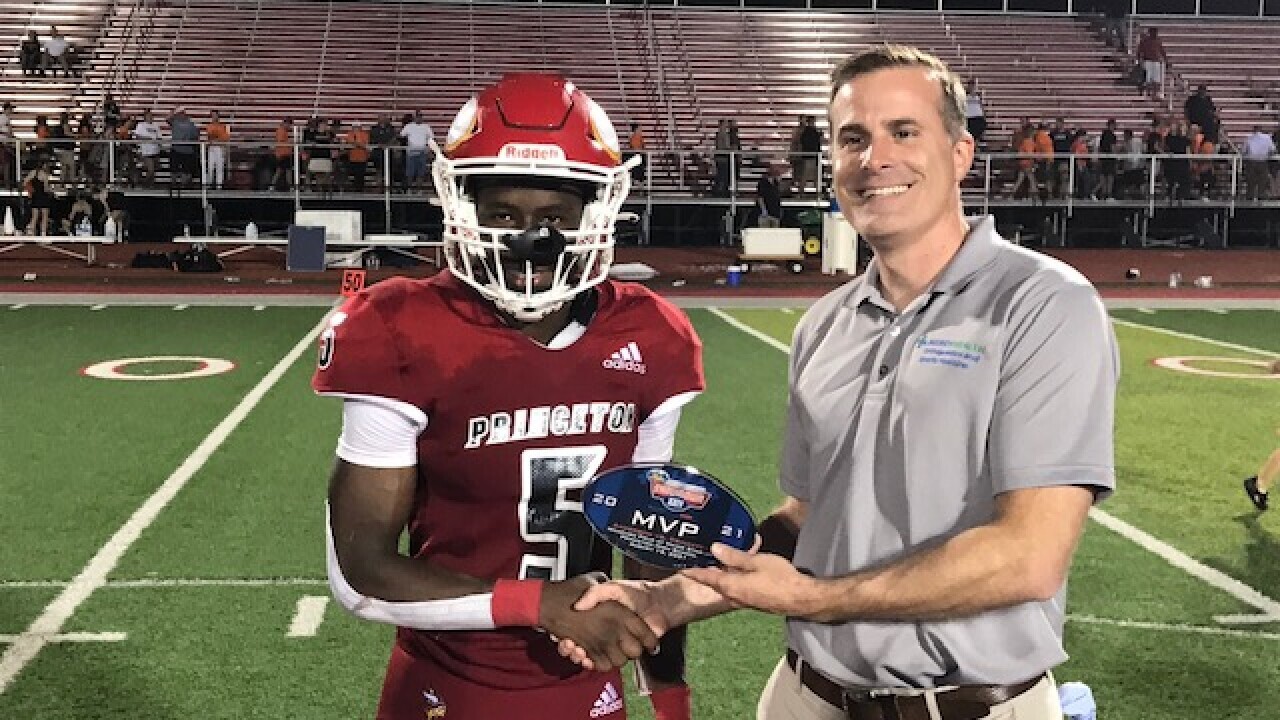 He threw for 1,207 yards and 16 touchdowns and rushed for 960 yards and 13 touchdowns for the Vikings (11-2), a Division I regional semifinalist last season.

Engleman had a significant debut onto the Greater Cincinnati high school football scene during his first varsity start Aug. 19, 2021, in the Skyline Chili Crosstown Showdown. He threw for 297 yards and four touchdowns and rushed for 245 yards and two touchdowns in Princeton's 58-45 win over visiting Anderson in the 2021 season opener.

He followed up that performance by throwing for 199 yards and two touchdowns and rushing for 135 yards and four touchdowns in Princeton's 63-21 win at Loveland the following week.

Engleman is the first Greater Cincinnati football player in the 2024 class to report a verbal college commitment.

The Ohio high school football regular season begins the week of August 15 with the first Friday night being August 19.