First-team all-state selection this past season 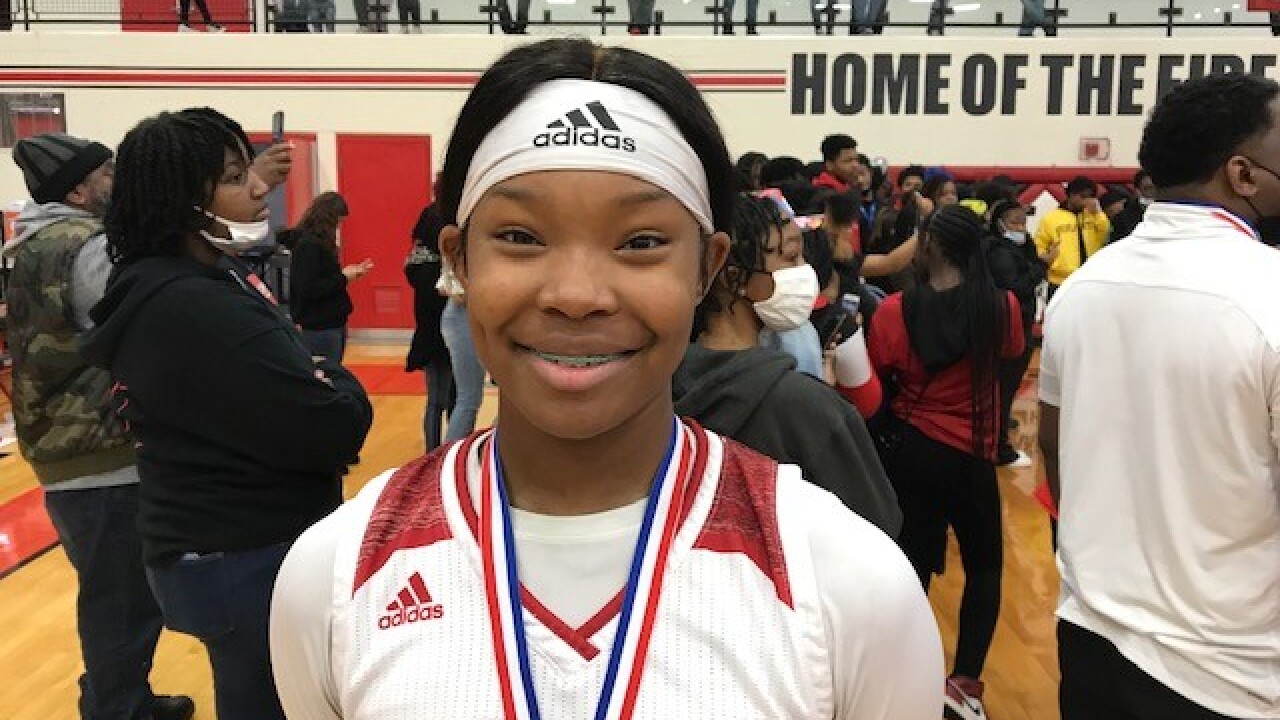 SHARONVILLE, Ohio — Princeton High School junior point guard Solè Williams announced Friday afternoon on Twitter that she has made a verbal commitment to play college basketball at the University of Louisville.

Williams, a Division I all-state selection this past season by the Ohio Prep Sportswriters Association, was a first-team All-Southwest District selection this winter.

The four-star recruit is ranked the nation's No. 51 player in the 2023 class by the ESPN HoopGurlz rankings. Williams had more than 40 scholarship offers.

"Louisville needs a point guard in the '23 class which should allow for great opportunities with competing for playing time," Princeton coach Dee Davis said. "They are national contenders each year with a very solid winning tradition of 20-plus wins a season and strong final four runs. They are close to home and they have been consistent in her recruiting."

Williams was named the Greater Miami Conference Athlete of the Year in girls basketball, averaging 23.2 points, 3.8 assists, 3.7 rebounds and 3.6 steals as a junior for Princeton, a Division I regional semifinalist.

Princeton had a 23-4 overall record, including 15-1 in the GMC with 2003 Princeton graduate Davis as the GMC coach of the year.

Williams scored 30 or more points in a game four times this past season, according to the GMC statistics. She scored a game-high 27 points to go along with six rebounds and two assists in Princeton's 58-43 win over Lakota East in a Division I district final Feb. 26 at Lakota West.

"Solè is Solè," Davis said after that game. "I'm so proud of her. She missed last season and she's come back with a chip on her shoulder. And she has fought every single game. I think she earned some respect right now. This kid has been leading this team all season and she's hungry."

Williams also earned the respect of opposing teams throughout the season.

"Solè Williams is a tremendous basketball player," Lakota East coach Dan Wallace said in late February. "She can do everything inside, outside. She's a really, really good player."

Louisville (29-5) was a Final Four team this past season. The Cardinals lost to national champion South Carolina in the national semifinal.

"Solè would like to pursue professional basketball after college and Louisville will be able to prepare her for that route," Davis said. "On top of being a solid academic university, she will be able to have plenty of support being only an hour-and-half away from home."