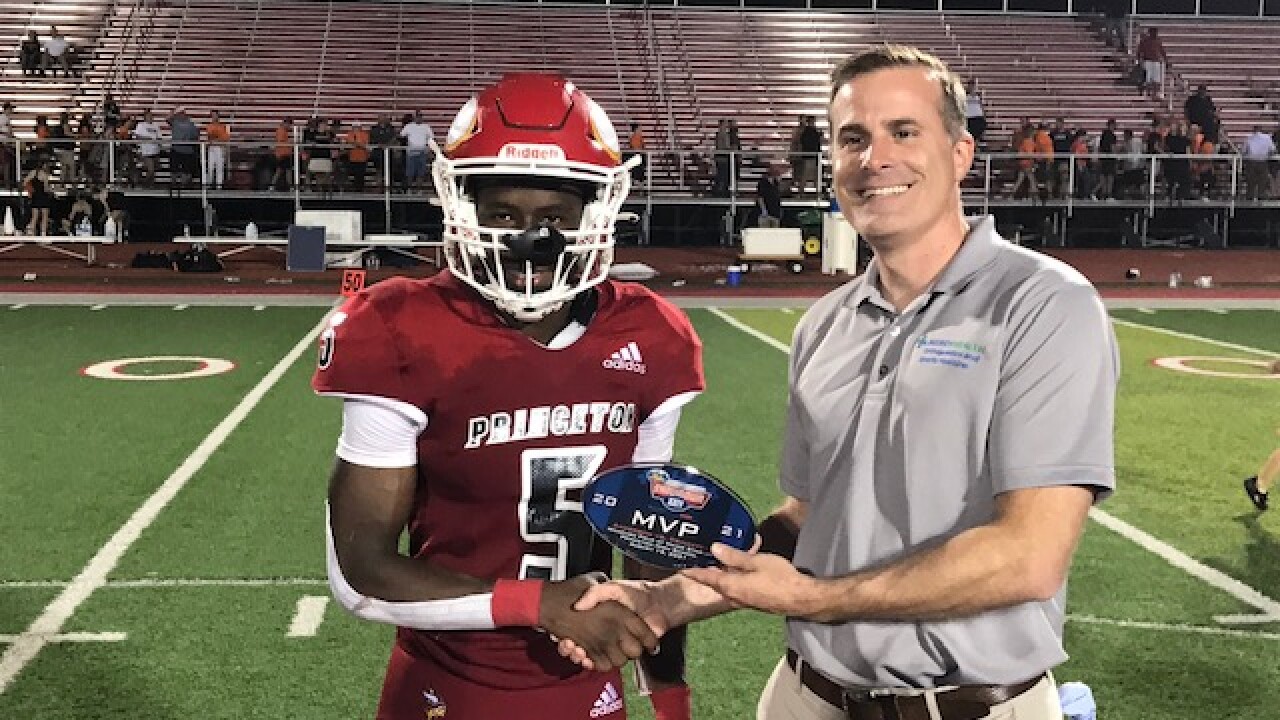 It was certainly understandable given his first varsity start for the Vikings during the season's opening night. He also had to fill in for injured starting quarterback, senior Mekhi Lynn.

"It felt good," said Engleman, who was named the Skyline Chili Crosstown Showdown MVP. "There was red over in the stands. There was so much spirit today. They really got us amped."

Engleman, who is also listed as a wide receiver and running back, was named the starting quarterback as Lynn continues to recovery from an injury.

Princeton coach Andre Parker said Engleman was well-prepared for the moment on Thursday night as the Ohio high school football season opened around the state.

"He's very, very coachable," Parker said. "You can coach him hard. He doesn't flinch. And he wants to be good. If you give him something to work on, he's going to work on it. He's a yes sir, no sir kid. He doesn't pout. All those things make him special besides his athletic ability."

Engleman, who is listed at 5 feet 8 and 160 pounds, exhibited his athleticism and poise early in the game.

He scored on a 79-yard touchdown run at the 3:32 mark of the first quarter to help give the Vikings an early 7-0 lead.

That was a sign of the explosive offensive display from both teams all night.

It was the most points Princeton scored in a regular-season game since a 62-21 win at Middletown on Sept. 15, 2017. The Vikings scored 55 points in a playoff game against Oak Hills in 2020.

Thursday was quite a Princeton coaching debut for Parker, who arrived at the school in March after being the Winton Woods head coach since July 2010.

Anderson (0-1) had 462 yards of total offense. Junior quarterback Griffin Scalf was 33 of 53 passing for 462 yards and six touchdowns.

Princeton is scheduled to play at Loveland Aug. 27 while Anderson plays host to Clinton-Massie.

Engleman threw for 297 yards and four touchdowns and rushed for 245 yards and two touchdowns in the Vikings' 58-45 win over Anderson in the Skyline Chili Crosstown Showdown.
Copyright 2021 Scripps Media, Inc. All rights reserved. This material may not be published, broadcast, rewritten, or redistributed.

Sign up for the Rebound Newsletter and receive up-to-date information.