Princeton senior wide receivers are unselfish leaders for the Vikings

Princeton senior wide receivers are unselfish leaders for the Vikings 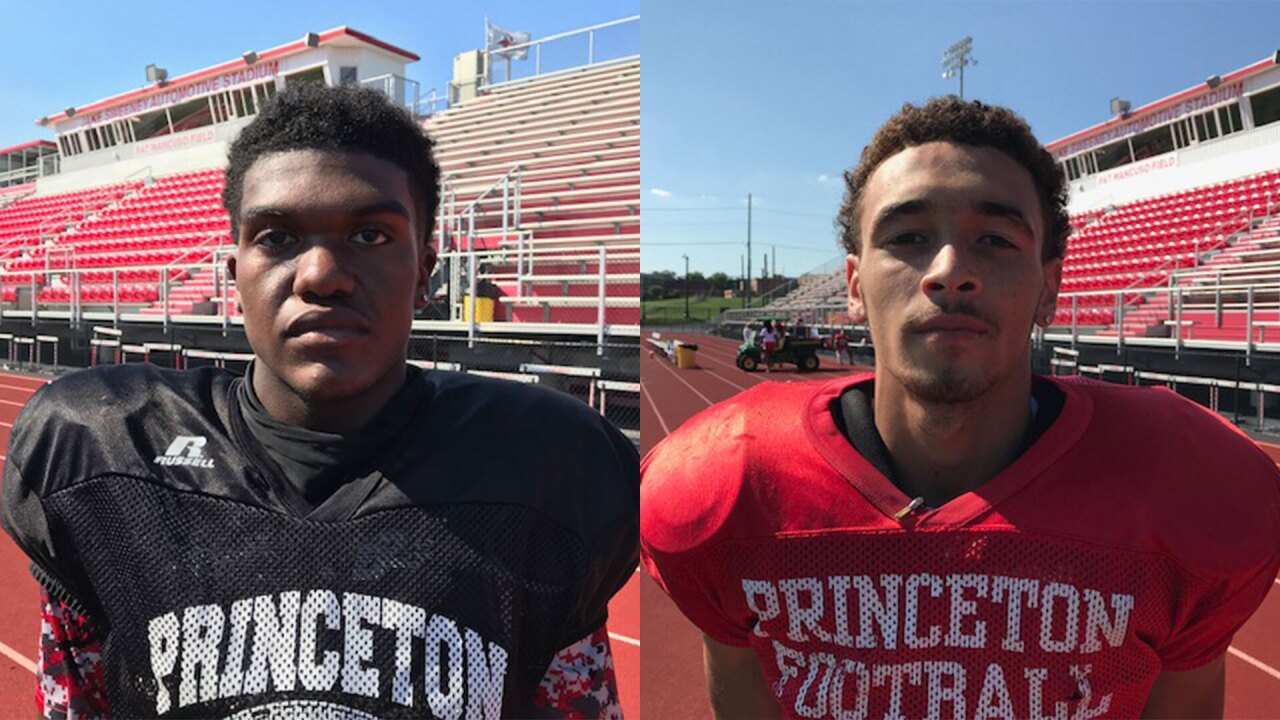 SHARONVILLE, Ohio — Relentless is the word that Princeton senior Rodney Harris II likes to use in describing the Vikings' football team three games into this season.

With the start of the Greater Miami Conference schedule this week, the Vikings (3-0) will likely face their greatest test so far at reigning conference champion Lakota West (2-1) Friday night.

"Great team," Princeton senior wide receiver Isaiah Myers said. "I can't wait to get out there. I've been in the GMC a long time, and this competition on Friday — it's something you don't see often, especially in the GMC, two teams like this. Offense and defensive powers. I don't think you see it very often."

Bolden, in his third season with Lakota West, has been a head coach since 2007 and coached at Colerain until 2018.

Parker, named the Princeton head coach earlier this year, was the Winton Woods head coach from 2010 to 2020.

Parker said Friday night's game is an opportunity for the Vikings to go against one of Greater Cincinnati's top teams.

Princeton has thrived under Parker in the first three games. The Vikings have scored a conference-best 165 points overall.

Sophomore quarterback TJ Engleman has thrown for 601 yards and eight touchdowns and rushed for 470 yards and seven touchdowns.

The Vikings expected nothing less from Engleman, who has filled in for senior starter Mekhi Lynn while he's injured. Harris said the Vikings knew Engleman was ready this summer.

Parker said Harris and Myers have helped Engleman by grabbing the football out of the air when it's thrown to them.

"They put him at ease because he knows if he throws it up there they're going to do everything in their power to go get the football," Parker said. "So it helps him play with a little more confidence. It makes him not worry as much about being perfect."

Myers, a Colerain transfer, and Harris are selfless in helping the team. They are friends off the field, too.

"Rodney — he's my guy," Myers said. "I've known him for a long time since we both played varsity our sophomore years. We just always had a bond — even through text or whatever. When I came here he was just such an open role model I would say. My routes and the offense is such he opened it up for me and showed the way."

"I don't think people realize how good he is," Parker said. "When he goes to college he's going to be unbelievable, because he can track a ball, he's unselfish, he can block. He can high point a ball. And he's just at the very tip of his potential. He hasn't even realized it."

Harris, who is 6 feet 2 and 200 pounds, is a two-year captain who has seven receptions for 132 yards and three touchdowns.

Parker said Myers and Harris will continue to lead the Vikings throughout this season – on the field and in the locker room.

"They're great kids," Parker said. "As good of football players they are, they're better kids and I'm proud to be a part of their lives."